The results of the 2015 Autosport F1 fan forum have been released and Williams has come out pretty well from it.

Williams were rated the third most popular team where respondents expressed a preference. Disappointingly we were behind McLaren but I will have to settle for being ahead of them on track at present! 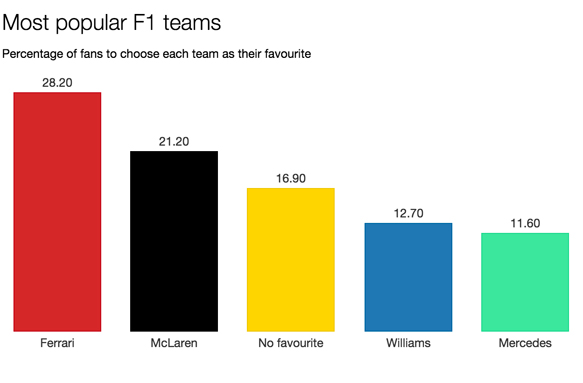 The drivers are pretty popular too with Bottas and Massa coming 7th and 8th respectively, again out of those that expressed an opinion.

Williams has always had a strong following and the family leadership always strikes me as the principal reason for this. No other team has managed to cultivate such a friendly and honest team over such a long period. There is no corporate front to Williams and this is despite it being the only team listed on the stock market.

Read the rest of the results over at Autosport.