Other Information The Homes of Frank Williams

The Homes of Frank Williams

There are many motives for moving house. An extra bedroom, a bigger garden, maybe the lure of the country. For Virginia Williams, however, the time to up sticks is as soon as the decorating is finished … even if that means seven homes in 21 years.

The wife of motorsport tycoon Frank Williams has a passion for renovating old properties. When one is complete, a fresh challenge is called for. It is a bug which has kept the couple on the move for two decades, from the rundown rectory they picked up for £50,000 in 1977 to the £4million mansion in 920 acres they have just moved into.

As impoverished newlyweds they had struggled to pay the rent and at one stage received an eviction order. But Ginny has steered the couple shrewdly up the property ladder as Frank forged his Formula One company and a multi-million pound fortune. ‘One of the rewards of Frank’s success has been the freedom to buy and renovate our own houses,’ said Ginny ‘I’d always loved doing up places and having the decorators in, but there had been very little opportunity to indulge. In recent years I’ve made up for it.’

They began in 1977 with the Old Rectory, in Aston Tirrold near the Williams motor racing factory at Didcot, Oxfordshire. Despite setting a £30,000 ceiling, they stretched to £52,000 at the auction. 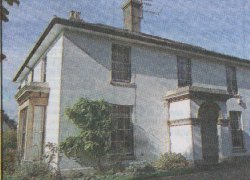 In 1980 they bought Battle House, a large 19th century house in Goring, Oxfordshire, for an estimated £280,000 giving Ginny ‘the perfect excuse to go antique hunting’. 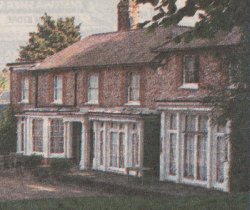 Six years later they moved to Boxford House, in Boxford, near Newbury, paying around £500,000. Ginny called it their dream house.

There followed a painful period in their personal lives when Frank was paralysed in a crash and the marriage broke down briefly. When they reconciled they moved into the Old Rectory, in East Ilsley, Berkshire, which was ‘in need of enormous modernisation’ but still cost around £600,000.

In 1990 they bought Craven House in Hampstead Marshall, west of Newbury for an estimated £800,000. They fitted it out with beautiful antiques, but were itching to move on just three years later. 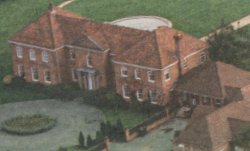 This time it was a four-mile move to Stargroves, a gothic-looking mansion at East Woodhay, formally owned by Mick Jagger and on offer for £2Million.

Five years on, Frank and Ginny have sold up again (reportedly to Rod Stewart) and moved eight miles to Inholmes at Woodlands St Mary, Berkshire. Mr Williams landed by helicopter and bought the house on the spot.