Growing up my Dad had a succession of Haynes manuals to help him as he fixed the family cars. These days you need a degree in computer science to fix a car rather than a trusty Haynes manual. However, Haynes has survived by diversifying and recently has released a series of manuals for well know F1 cars including the 1992 championship winning Williams FW14B.

The original Haynes manuals were full of diagrams and step by step instructions to help owners carry out tasks both major and minor. That’s a pointless exercise with the FW14B as most don’t have one to maintain. So the book takes a different approach by looking at the evolution of the car and includes some of the original technical drawings.

Also included are some great pictures contributed by Paddy Lowe (now at Mercedes) showing him at Williams first computer and the Psion organiser the mechanics used to communicate with the onboard systems.

A further section highlights all the drivers that have driven the FW14B over the years. This includes regular drivers Nigel Mansell and Riccardo Patrese as well as some lesser known such as Gil de Ferran.

Other sections included are a history of the team and one on Williams Heritage.

The book is well presented and great for anyone that has a love of Williams, remembers the FW14B or just loves the Haynes manuals. Get your copy of Williams FW14b Manual: 1992 (All Models) (Owners Workshop Manual) here. 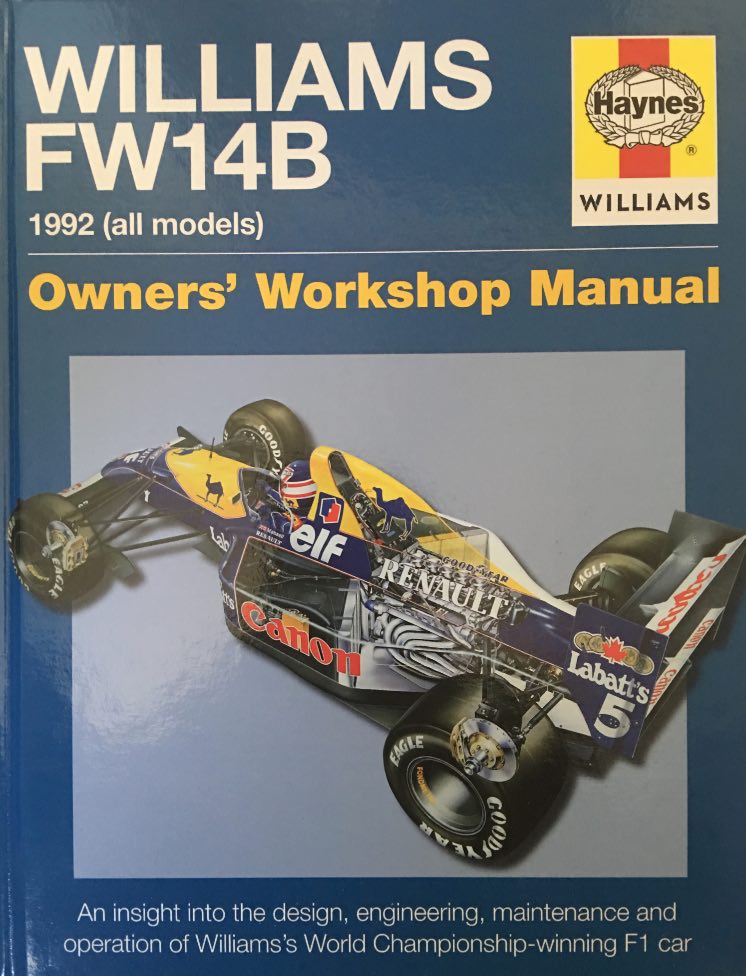