Blog Review of Williams - The Film

Review of Williams – The Film

The Williams 40th anniversary celebrations have seen a wide variety of things taking place including a display of past and present machinery at Silverstone to the release of a Williams version of Monopoly. As part of this has also seen the release of a film called, simply, Williams. I went to see it and if you are a Williams fan you are going to love it.

First things first. This is not a racing movie in the way of, say Grand Prix. It is also not about the Williams team itself. So if you were expecting to see anything about the team post about 1988 you will be disappointed (although there are plenty of shots of contemporary cars to keep you happy). This is very much a human interest story of Frank Williams, his racing life and accident as told by his late wife Virginia Williams.

Much use is made of audio tapes that were recorded by Patricia Cockerel, Williams’ biographer, when they worked together on the book “A Different Kind of Life”. If you have read the book this has a very similar feel to it. These recordings have been dramatised and these are interspersed with historic footage and interviews with key people – in particular Clare Williams, Dave Brodie, Frank Dernie and, of course, Sir Frank himself. It is a very moving tale and there were times when I found it difficult to watch.

See a trailer below and then read on…

Despite the seriousness of the story the film has plenty of laughs particularly from Sir Frank who still has a schoolboy charm about him and never takes himself too seriously. Another scene that raised a laugh and stands out is a shot of Claire Williams watching on as Valtteri Bottas and Kimi Raikkonen clash and Bottas comes out on top to which Williams is heard saying “Good! Fuck Off!”

Another thing that we learnt was that Frank Dernie thinks that Nigel Mansell is an “arse” and was happy to say so on camera not once but twice! Interestingly he felt that this made the team more likely to get behind Nelson Piquet who was less of a whinger, although the film does then go on to not paint him in a very good light either.

However, for me the film really comes alive when Claire is being interviewed. This brings a new perspective to both Frank’s accident and her running of the team. Two scenes with Claire Williams are particularly poignant. The first is when she is describing the breakdown in the relationship with her brother Jonathan over who should be running the family business. The second is when she is reading out a section of her mother’s book to Frank, an awkward moment that made me feel very much like a voyeur.

If you can get to see the film on the big screen it is well worth making the effort to do so otherwise you can order the DVD here or the Blu-ray here. 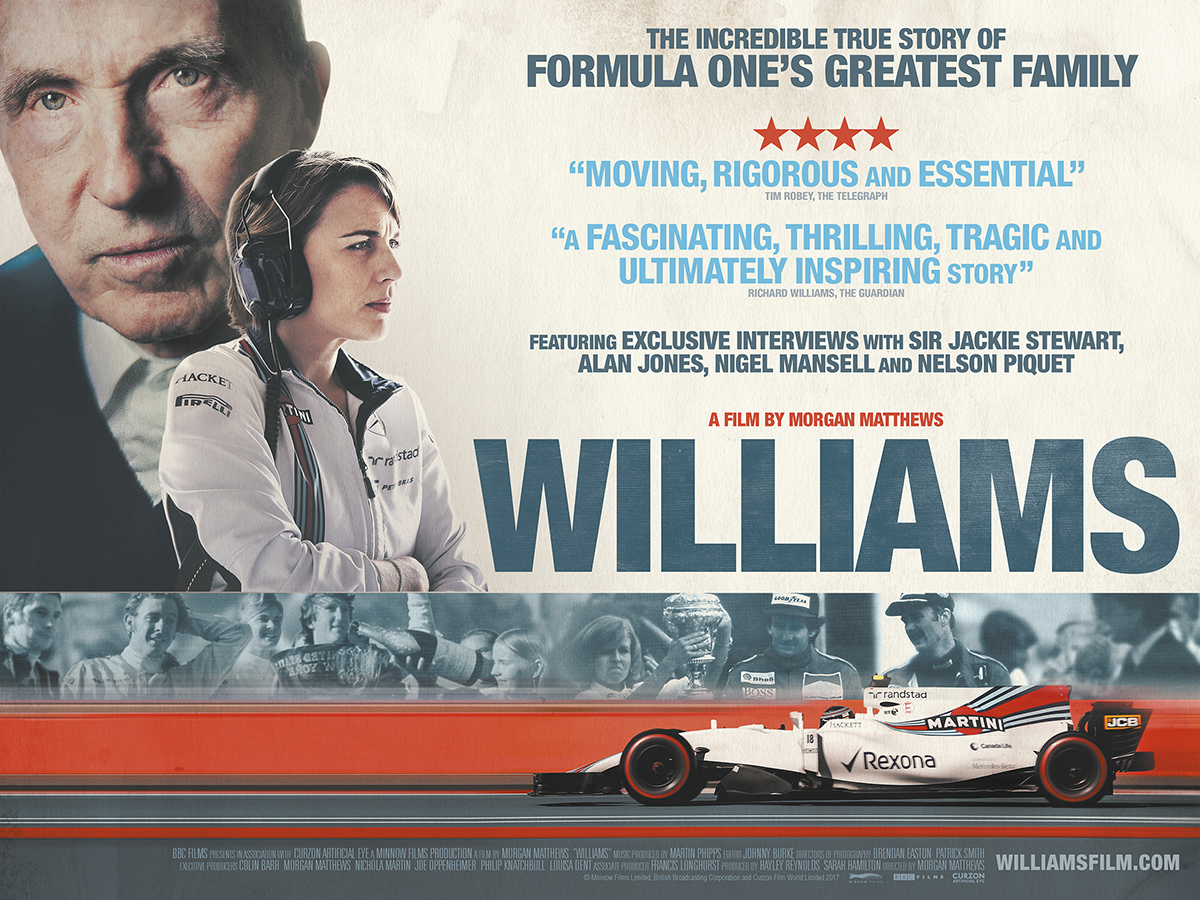